A girl came up with a blog to celebrate her marriage. She is happy and jumping for joy thinking that her fiancé loves her.

Having to write this entry saddened my heart. First, there are many naïve girls around. Second, some guys deserve to be shot but instead of being shot, the guys are marrying naïve girls.

Some of my regular readers may find the above mentioned/shown guy familiar, he is actually the same guy mentioned in this entry (For new readers, please do read this entry before proceeding with the rest of this post).

The reasons why this blog is featured in SbR are, (1) a little birdie tipped me off that the bas***d is still a bas***d, (2) this entry serves to remind girls to keep their eyes open and that bas***ds do exist and (3) this can be a crowd-pulling post for SbR.

According to a birdie, this Bvlgari proposal ring looks exactly like the one that his ex-fiancée returned to him after they breakup. He REUSED the proposal ring?

According to the same birdie, this Swarovski crystal bear was given to her when they were together and she returned it back to him after they broke up. HE REUSED the crystal bear (no question mark here). What’s worst? HE came out with a lousy story for the bear.

After buying all the expensive “gifts” for her, they settled on wedding bands from Poh Heng Jewellery – the most “Stylish jeweler in town”. Why not Bvlgari, Cartier or Tiffany?

I sincerely hope the guy did not reuse the gifts because I couldn’t think of any reason why any guys would want to do that. A friend suggested some reasons which deeply enlightened me.

MCQ: Why would a guy REUSE the same proposal ring?

I have a feeling the answer is F. I guess I must be happy that he is a tree hugger. Reuse. Reduce. Recycle.

My friend loves my fan so much so that she’s borrowing it for her wedding photoshoot! HAHA.

Babe, have fun on Wednesday!

5 Top Reasons why you should BYOB (Bring Your Own Bag)

You can save the Earth by reducing waste

You will look cool because expats, young educated executives and celebrities carry one

You can comfortably carry all your groceries.

Her passing is a huge loss to the film and advertising industry. Not just in terms of her capability and creativity as a remarkable film-maker and creative executive director but also in terms of her ability to stir the hearts of many in the most thought-provoking and childlike honesty.

Here’s an earlier (it was so recent!) post about her work that touched my heart. 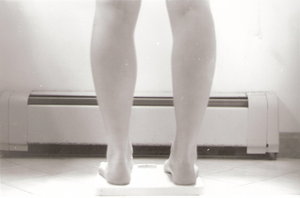 PS: I am not going crazy just because I talked to the objects in my apartment.

My favourite chocolate banana swiss roll and his favourite kaya cake in a pretty box. Yummy. 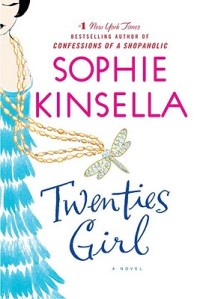 Yet another enchanting and engaging read by Sophie Kinsella. It is the same old “Kinsella’s writing style” that I love! A lighthearted and hilarious read encircling around a ditzy girl who was haunted by her great aunt (who seems to be stuck in the 1920s despite dying at a great age of 105 in the twentieth century). A story which sets you wishing for an endearing, vivacious and spirited great aunt in your life.

“No human on God’s earth is a nobody.” 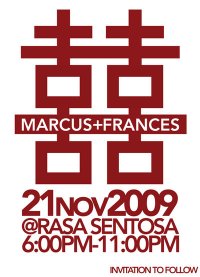 My cousin’s Save The Date before her invitation is sent out.

My bangs made me look younger but it is also giving me bad skin. URGH.

‘Did you know there are thirty-two names for love in one of the Eskimo languages?’ August said. ‘And we just have this one. We are so limited, you have to use the same word for loving Rosaleen as you do for loving a Coke with peanuts. Isn’t that a shame we don’t have more ways to say it?’

– Extracted from The Secret Life of Bees, Sue Monk Kidd 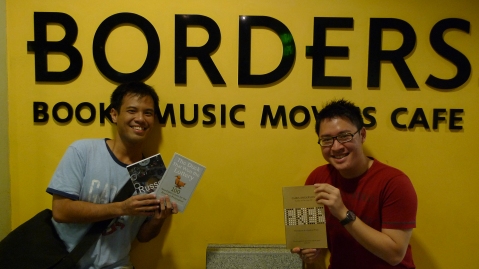 My awards are given to benefit others. HAHA.

Teenager convinces airline bosses that he is an aviation tycoon

In a scam that recalls the Steven Spielberg movie, Catch Me If You Can, a teenage boy has tricked British aviation executives into believing that he was a tycoon about to launch his own airline, it has emerged.

This story reminded me of a friend who claimed to be one of the Facebook’s founders when picking up girls in our local club. He succeeded. Yes. There are stupid and ignorant girls out there. HAHA. I guess he must be really convincing.

Here’s an interesting web application. HAHA. For people who needs an insight into his/her ___ life.

The book prize recipients. The amount of books my sister reads is equivalent to the amount of chicken wings I eat. HAHA.

I just got a new book from Borders. It’s all about juicing. They even have star ratings telling you what is good for skin, detox, energy and digestion. Awesome.

I’ve got two Borders gift cards valued at $100 each and I’m trying to sell them away at $85 (a 15% discount!). These cards can be used to purchase both regular priced and discounted items! That means it’s a double saving on your side!

For instance:
If your purchase is regularly priced at $100, you will only be paying these items at $85!

If there is store discount and you are a Borders member, you will enjoy greater savings!

That means you will only pay $85.80 for books valued at $140! So hurry! While stocks last! If you are my friends I can pass them to you personally, alternatively, I can also mail them to SbR readers free of charge if you are interested! So drop me a mail/msg/comment!

Note: These cards are valid for approximately 1 year!

A set of harmless looking numbers.

Taking into consideration of my inadequacy, God assigned a set of “harmless looking” numbers for easy remembering.

Let me decode this set of numbers and you’ll understand what I’m trying to say.

They love my fan!

There was an error retrieving images from Instagram. An attempt will be remade in a few minutes.