//Last week, I shared on an overview of our long awaited Hokkaido/Tokyo trip via Hong Thai Travel and I also shared on some of the places of interest we visited in our Day 2 and Day 3 of the trip. In this post and more, I will be sharing on some of the sites we visited in Day 3 in details with a lot more pictures! So stay tuned! 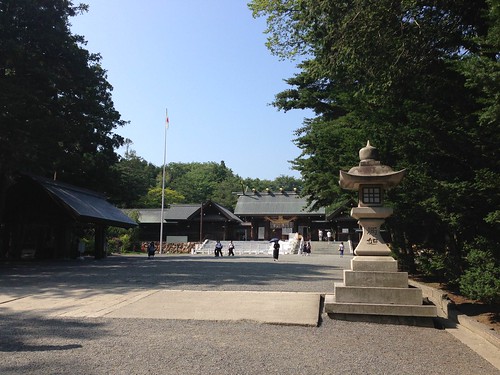 “Hokkaido Shrine enshrines four kami including the soul of the Emperor Meiji. A number of contributors of the Exploration in Hokkaidō such as Mamiya Rinzō are also enshrined.”

” Emperor Meiji (明治天皇 Meiji-tennō, November 3, 1852 – July 30, 1912), or Meiji the Great (明治大帝 Meiji-taitei), was the 122nd Emperor of Japan according to the traditional order of succession, reigning from February 3, 1867 until his death on July 30, 1912. He presided over a time of rapid change in the Empire of Japan, as the nation quickly changed from a feudal state to a capitalist and imperial world power, characterized by Japan’s industrial revolution.”

So with all these history, our tour guide advises us, all Chinese from various parts of the world to not worship in this shrine. Buying the pretty amulet is also not encouraged as it is also inviting blessing from Emperor Meiji. This is definitely a history lesson as I’ve visited so many temples and shrines in Japan but was unaware of who they are worshiping. According to the guide, there are many Buddhist temple in Japan and those are alright. For example, my favourite temple in Asakusa worships Goddess of Mercy and the temple in Nara which worships Buddha. So these, according to the guide, is alright for us to worship there. But not Meiji Shrine in Tokyo and this.

With that, the idea of buying those pretty exclusive Hello Kitty amulet as souveniors is gone! 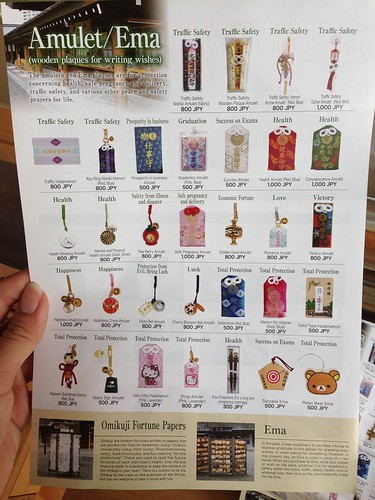 Now back to the touristy pictures. Like in all temples and shrines in Japanese, visitors are encouraged to wash your hands and rinse your mouth before entering the temple. 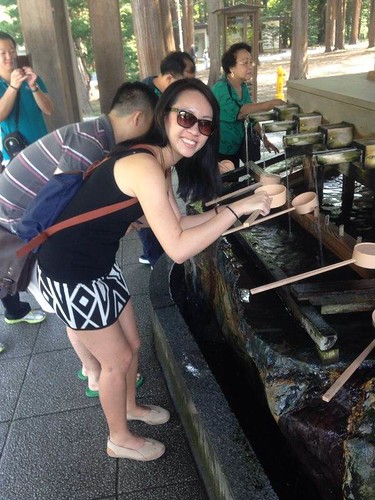 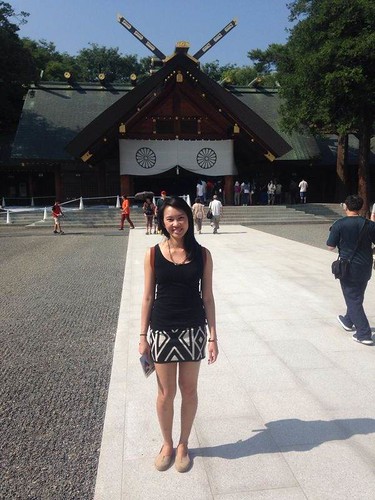 If you look carefully at the structure of the temple, doesn’t the roof resembles those ancient Japanese armour or helmet we see in anime? 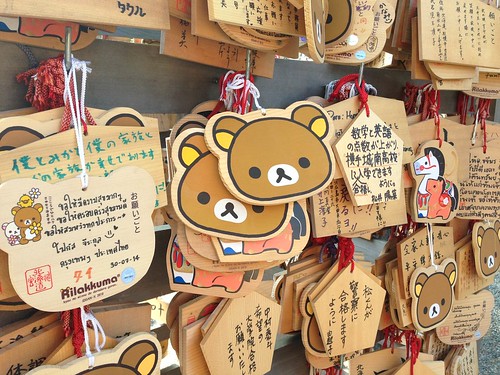 But no harm taking some pictures of these pretty Rilakkuma Wishing Board! Too cute and only seen in Hokkaido Shrine. 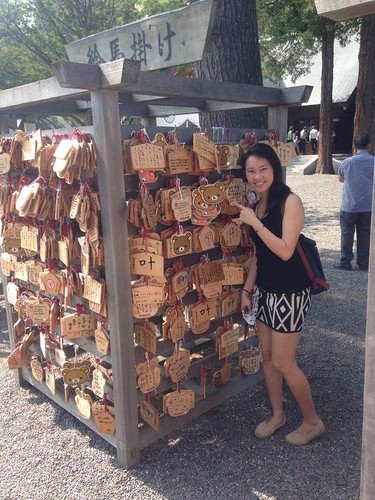 Gah, my arms is huge! That’s the consequences of not going for my combat classes regularly. 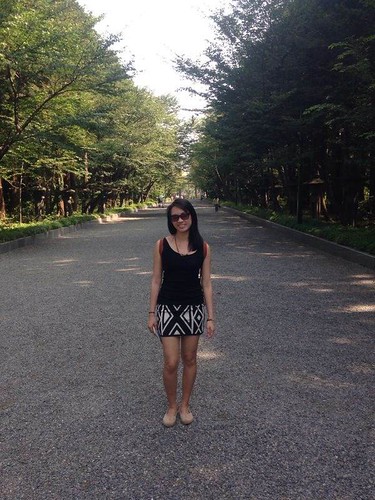 Pretty entrance towards the shrine. These are cherry blossom trees and when in full bloom, this corridor will be bursting in pink! Awww, I can only imagine. 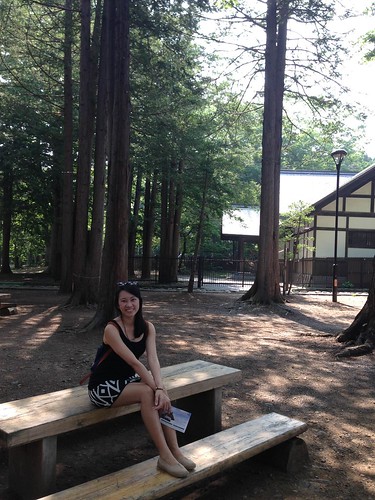 The shrine is so peaceful and the air is cooling and clean!

Near the entrance to the temple near the carpark, there is a shop selling handmade pastries and in there, there is free pastry given to all visitors. It tasted a little like red bean mochi pancake. 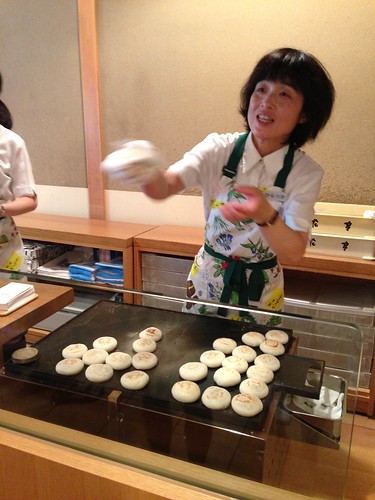 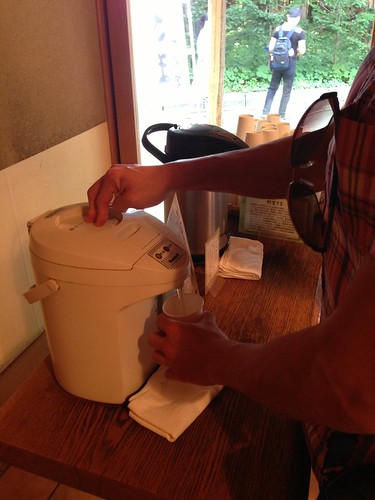 There are also free hot green tea provided at the little hut.