After lunch at Voyager Estate, we visited 2 caves in Margaret River. We initially only plan to visit Lake Cave but we had 30 mins before the start of the next tour at Lake Cave, we decided to pop by Mammoth Cave which is only a 3 minutes drive away. We bought the 2 caves pass at AU$40 instead of paying AU$22.50 for each cave.

Mammoth Cave as it’s name suggest is a huge and airy cave and can be access without a guide. There are MP3 available to kick start the self-guided audio tour. If one were to complete the tour, it will usually take an hour or two including the bush walk after the cave but as we were pressed for time, the ticketing officer advise us to just pop in to visit the cave and take the same way out without having to go through the bush walk. Do note that the last entrance to the cave is at 4pm. 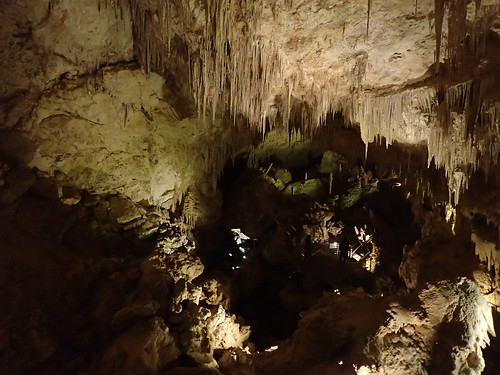 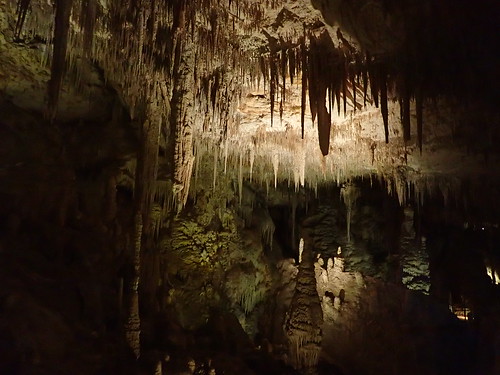 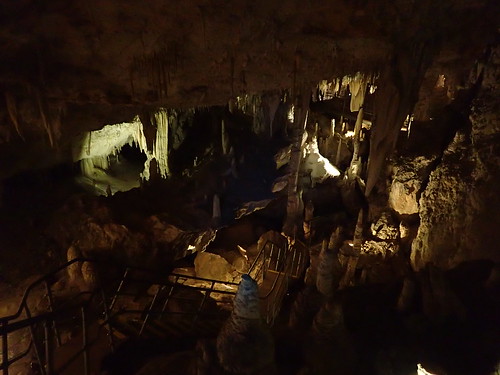 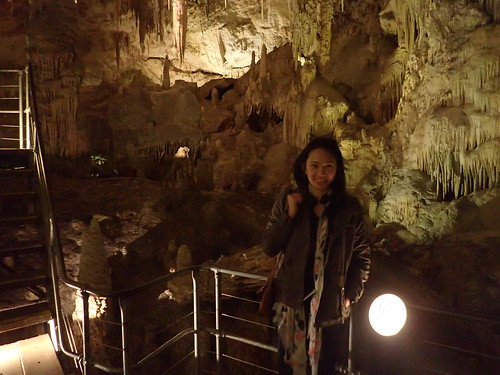 Perhaps because we were rushing to complete the cave, we weren’t particularly marveled by Mammoth Cave and took a quick walk and completed the tour in 20 mins.

We then headed back to Lake Cave to join their last tour at 3.30pm. Do note that even though they state that their operating hours is till 5pm, Lake Cave is only accessible with a guide and we saw many disappointed visitors who came at 4.30pm and were not aware of the tour timing. 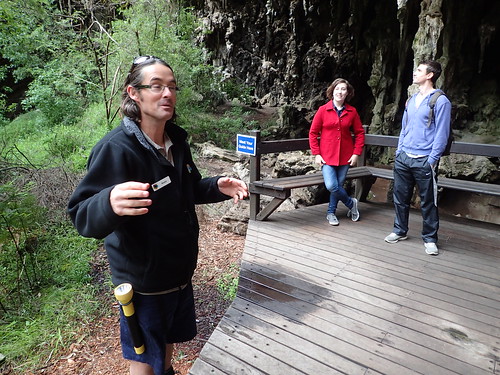 We met the guide who unlike his hippy and rugged look was really soft spoken. 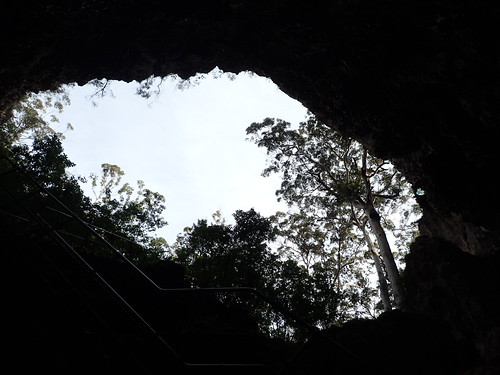 The view from below at the entrance of the cave. 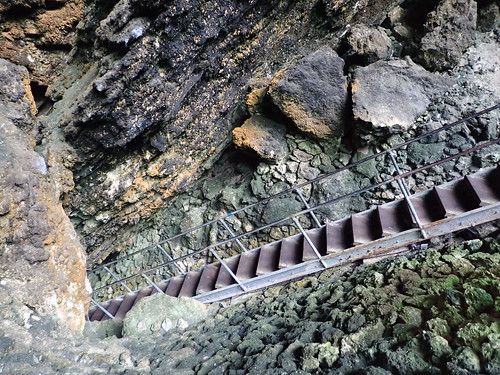 The only way in. 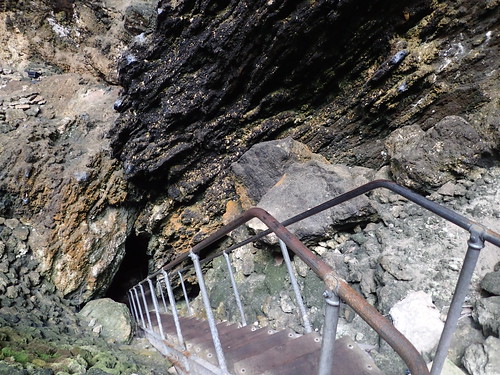 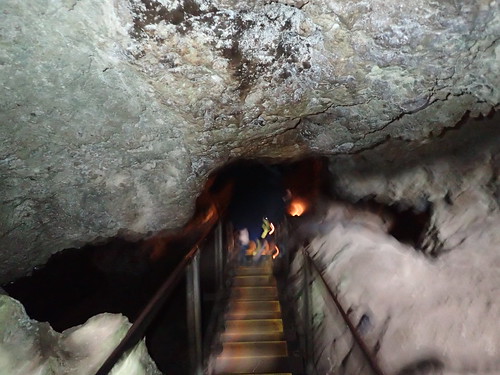 Once you get through this. You will be blown away. 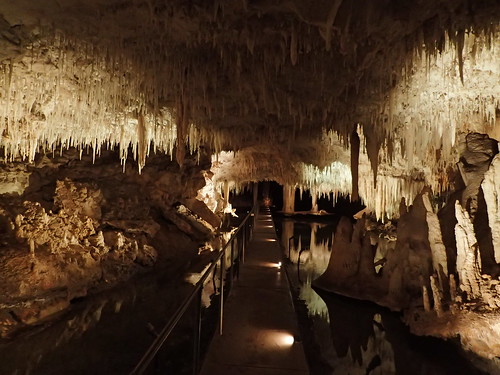 Isn’t this magnificent. I literally stood still and took a few minutes to take in this view. It is my favourite caves till date. 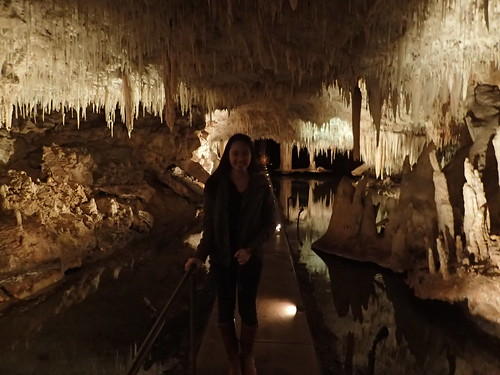 The cave is really small, and it is a short boardwalk to the end of the cave. 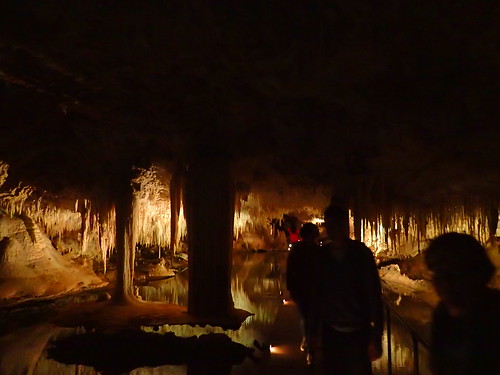 But look at the view, I can stay here for hours. 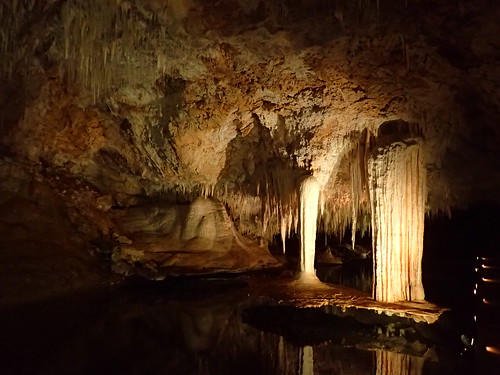 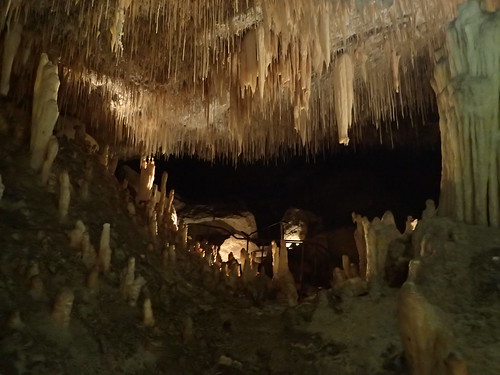 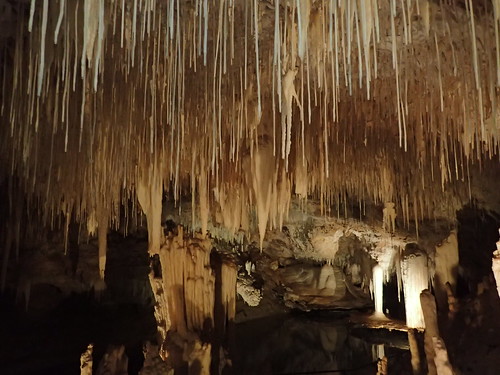 At the end of the walk, the guide will then sit us down and show us a couple of different lighting to highlight the various parts of the cave. 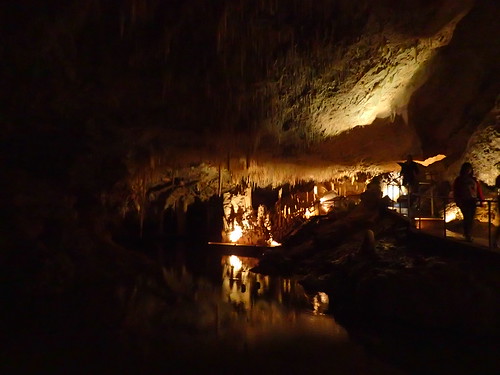 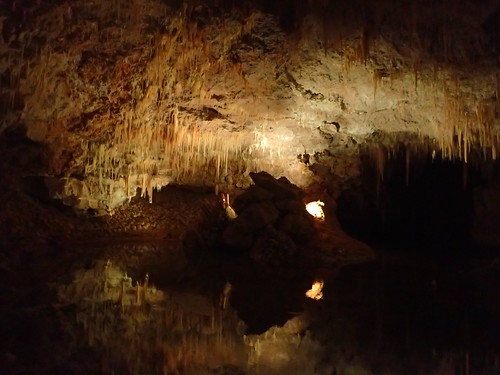 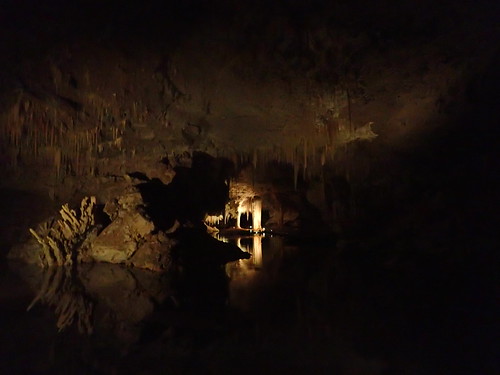 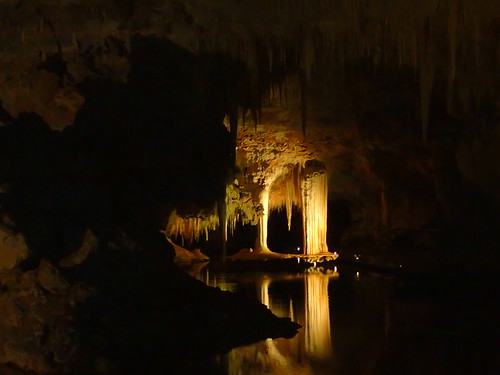 And this is the famous reflection of the ‘Suspended Table’ formation, which weighs several tonnes and seems to defy gravity as it hovers above the clear lake water. 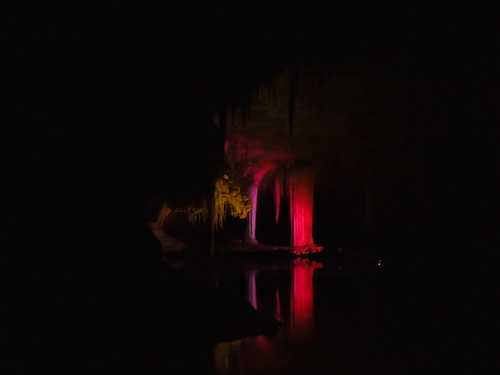 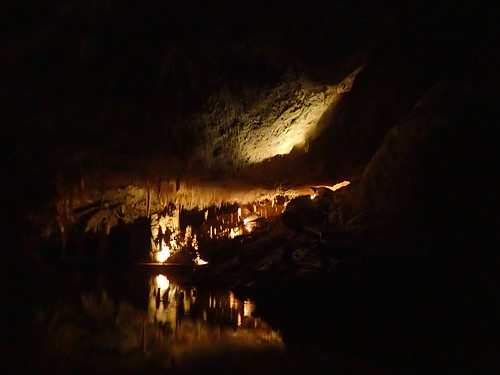 The guide also switched off the light completely to allow us to truly enjoy the darkness of a cave. It was almost pitch black. 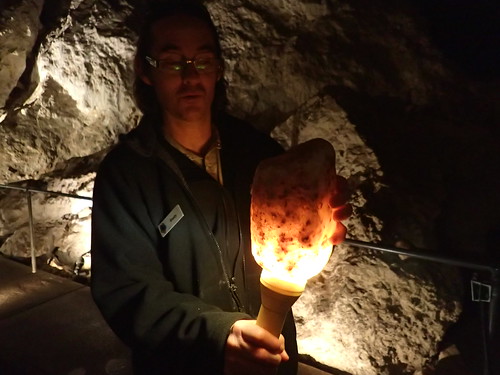 We were also shown and held a piece of the stalactites. 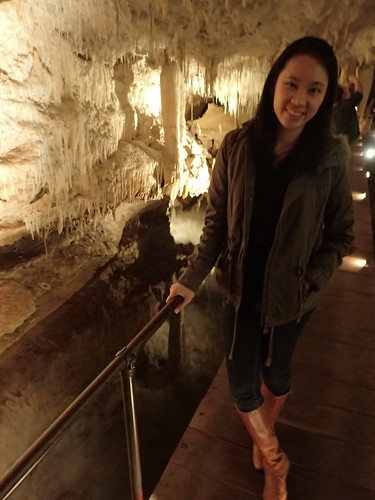 If given a choice, we would have just visited Lake Cave and save the money we spent at Mammoth Cave. But if you are bringing children, Mammoth Cave would have been a great place for them to roam around and explore. 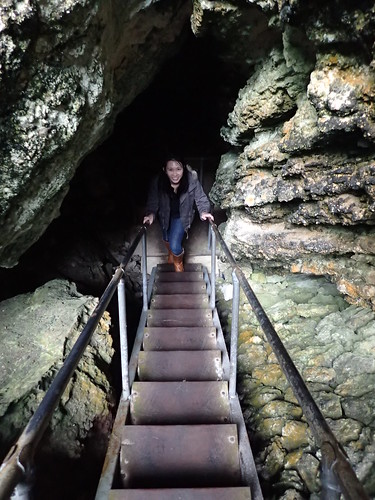 Back into the light.